Catching up with ... Kevin Polky, Harlem

Kevin Polky was a year ahead of me at Harlem High School. He was a body builder when I first met him and an impressive football player. Years later, when my oldest daughter got into theater, I began running into him because he had a daughter the same age in many of the same plays. It was hard to reconcile at first the hulking body builder now a soft-spoken professional counselor and social worker.

Q: You were special mention mention all-conference in football in 1984 and 1985, correct?

A: "I was surprised I got special mention mention in 1985. I only played three full games. I broke my leg in the second quarter of the fourth game against Auburn. I took a helmet to my right leg breaking the head of the fibula and a week later had complications resulting in something called compartment syndrome."

Truly, I did not know it was broken though until the next morning at the doctor’s office. I remember him having to walk back to x-ray because he did not think it was broken either because of what I was telling him. Possibly some of the reasons I had complications later was because I was fairly stubborn."

Q: 1984 and 1985 were two of the deepest years ever for the NIC-10 in football. Who was the one opponent those two years who was the toughest to go against?

A: "I remember my freshman year going 5-4 and getting second in conference with 6-1-2 record as a sophomore. It is hard to remember who was the toughest. I remember East, Guilford and Boylan all being tough.

We beat West and Auburn all four years. We were 3-6 I believe my junior and senior year, but we really believed we could win each game because of how we did as freshmen and sophomores. It was a crazy competitive time."

Q: Harlem was mediocre or bad through the 80s and early 90s, how weird is it to see them in the playoffs every year?

A: "From 1986 to 1994, those were very difficult years. In 1995, Terry Niedzwiecki hired me to be football coach with Brian Benning and also to start the weight program. I was the first strength and conditioning coach in the conference. We would do speed and strength competitions with Boylan when Dan Appino was there. We won conference in 1997 and I believe have been in the playoffs ever since."

Q: You were a body builder after high school, how did you get into counseling?

A: "I started body building when I was 15. That’s when I had my first competition. I loved playing football, but I knew football wasn’t going to be the thing I’d do long term because I wasn’t tall enough. The body building world around here was phenomenal. We had a couple people from that time turn pro from here so I thought after winning Mr. USA at 18 and being ranked No. 1 at 19 that was going to be my future.

I graduated from Harlem and I went to Rock Valley because all of my connections and training partners were here in Rockford. I didn’t know what I was going to do except go to college. I thought I’d major in business then I had kind of a spiritual transformation in the summer of 1987 when I was 18 and made the decision that knowing how competitive I was that I might make some decisions I wouldn’t be real proud of. I decided to go into a helping profession.

I went to Illinois State in 1988 because a friend of mine had won Mr. America down there and I had a few friends from Harlem down there. I picked psychology because I’d been a personal trainer and found out that I could teach my clients everything they wanted to know about exercise in a couple of weeks but they wanted me to stay with them as a trainer more for the motivation and the accountability." 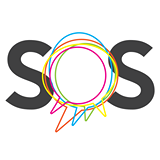 After working as a juvenile correction officer, Polky was hired by Oakwood Hospital as a mental health worker. He opened kp Counseling in 2001. This year, he started work on establishing a nonprofit called Shatter Our Silence to combat the troubling rise in teen suicide. In Winnebago County in 2016, we’ve already had a record six teen suicides.

Q: How did Shatter Our Silence come about?


A: "My son graduated in 2014 from a small private school. He lost three of his classmates as a result of suicide. These were not related to socio economic factors or violence in the home or the other reasons you normally associate with teen suicide. Going through those funerals with my son and seeing his pain, I thought to myself that I have to do more. I talked to a few people about what could we do to increase awareness. We started with a rally this March and have kept building it since then. We have a long way to go."