Catching up with ... Tommy Meeks, Auburn 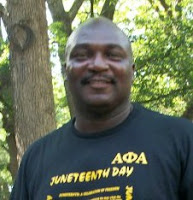 A lot of people like to talk about how to improve Rockford.

Tommy Meeks is a man of action. He is in the trenches every day working with kids making poor decisions or adults re-entering society after stints in jail or prison.

Meeks also was a man of action on the football field. He was an all-conference wishbone quarterback for Auburn in 1972. Meeks' Knights went 7-2. Auburn wouldn't have another winning season until 1989.

Q: Looking at the stats, you appeared to be more J.C. Watts than Joe Montana as a quarterback. Was throwing not your strength or was it the offense?
A: No, I could throw, we just had a wishbone running attack that was our strength. I threw two touchdown passes in 15 seconds against Harlem my junior year, so I had an arm.

Q: Were you more Gale Sayers or Adrian Peterson?
A: I was really a running back that played QB, and yes, I had moves. Not as good as Gale Sayers, but a lot better than most running backs. Our coach, Bill Zavadil, allowed me to call my own plays, which helped me to have confidence in my decision-making. Our team was 7-2, painfully losing our last two games in 1972.

Q: Tim Dimke, the Rockford Park District executive director, was an all-conference linebacker for Auburn in 1972. He doesn't look like the snarling linebacker type. What kind of a player was he?
A: Tim Dimke, in high school and college, was one of the strongest men I knew. He played like Bill Bates of the Dallas Cowboys. I really believe had he tried out for a pro team he could've made it. He's one of the best human beings I know.

Q: Auburn struggled for years in football. What was it like to see the Knights win the conference title?
A: I knew when Auburn hired the right coach at the right time they would be great again. Auburn has and always will have the talent to win, but they must have the type of coach to get the players to come out and believe that they can win. We did in 1972, and they are believing in themselves under coach (Dan) Appino.

Q: What lessons or habits did you pick up from football that helps you in what you do now?
A: Today, I work for Winnebago County as a community liason for (Winnebago County Board) Chairman Scott Christiansen. Being a captain on our football team has helped me to be a leader and taught me to really work hard to get along with others. I believe in diversity in all we do and my job helps me make a difference in our county.