Catching up with ... Dennis Sweeny, Guilford 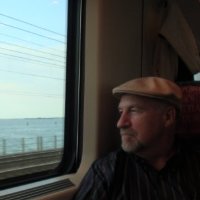 Any time you start researching the past, you dig up interesting names. For more than 10 years, I wrote about the residential construction industry for the Rockford Register Star, both at its peak and in the depressing aftermath of the Great Recession.

Through all that time ... and today ... Dennis Sweeney has headed the Home Builders Association of the Greater Rockford Area. Dennis has a ton of institutional knowledge about the Rockford economy ... and he's just an interesting guy to talk to.

Q: What was your out pitch?

In high school back then, the bottom of the batting order, except for the best hitting teams, like East High and Boylan, were pretty weak. Plus, there were no outfield fences then; let them hit it, and the outfield would run and catch it. Guilford had an outstanding defense that year with outstanding team speed and no outfield fences plus wood bats. Even with the wood bats, there were a few outs back then that would be home runs now.

As the stats show, because of Guilford's outstanding defense, I was able to pitch to contact except when we needed a strike out to keep a run from scoring.

Q: Who were your toughest outs?

A: East had an outstanding hitting team. I remember most of the year their team batting average was over .350. Brad Lundberg and Lyle Ryden were always tough outs. The stood on the plate and didn't swing at bad pitches.

Q: I noticed Mark Sibley (who would go on to play NBA basketball) was second team all-conference that year. How good was he?

A: Sibley was an outstanding athlete. He was so fast that if he hit it on the ground he had a good chance of beating it out.